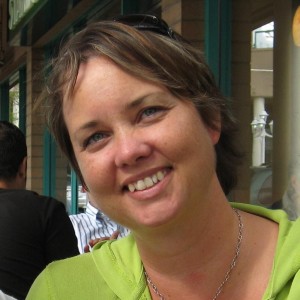 I was diagnosed in May 2010 with a pituitary tumour. The doctors told me, the tumour itself was benign, but it was causing a rare malignant disease. I had my first surgery to remove him in July 2010 and again in May 2012 after finding "Waldo" had returned.
Unfortunately the surgery failed again, so went through 5 1/2 weeks of radiation therapy at the Vancouver Cancer Centre.
Oddly enough, this journey has been a blessing ~ ~
because along the way, I have had the opportunity to meet amazing people:
~ Fellow patients who are living life positively and have inspired me to do the same
~ People who have challenged me to step 'out of fear' and embrace life -- Good and Bad.
~And the amazing staff and volunteers at the Agency....who have given me a greater realization of the powerful ripple effect one 'person', or 'action' can have. They have inspired me to want to "make waves"

I may not have the same energy I once had...but I have so much more life....and I look forward to making every day count

After Paul Chapman shared details about the ride with me, I was eager to sign up
.... in honour and appreciation to all the amazing people mentioned above
...and in honour of my young nephew, who passed away 7 years ago this month to Brain Cancer

See you on the road!